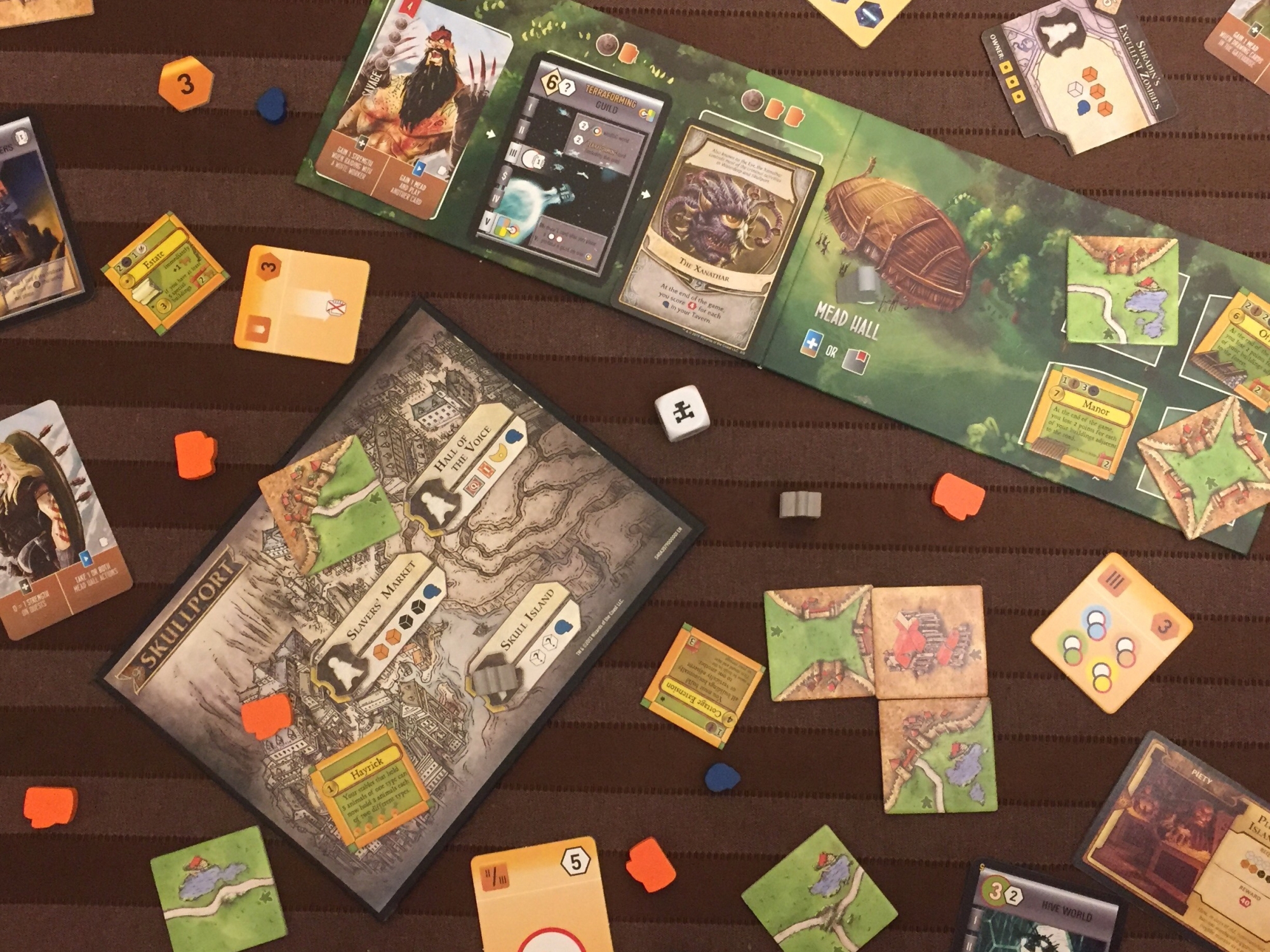 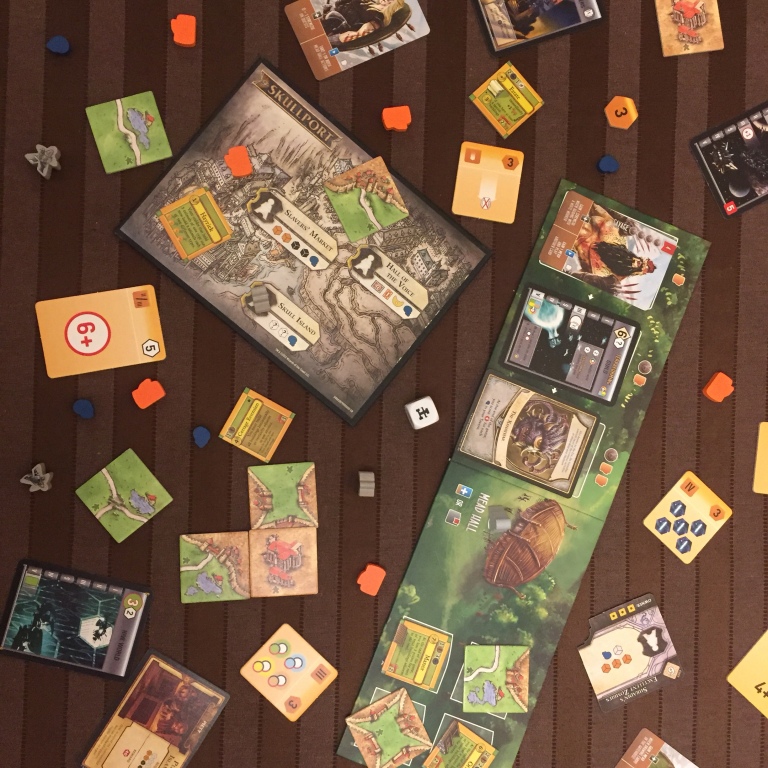 Expansions… where to begin? Sometimes they add cool mechanics, sometimes they bloat the game, sometimes they actually make a good game worse. But once in a while, an expansion for a game will come along that not only feels like it should have been part of the game to begin with, but actually elevates the game itself. This is a list of 5 of those expansions, which don’t feel so much as an expansion, but a requirement if you like the base game. This isn’t a list of expansions that fix a broken game: the game must stand strong on its own, but the expansion must also enhance the experience so well that it feels like they’re meant to be together.

5) Race for the Galaxy 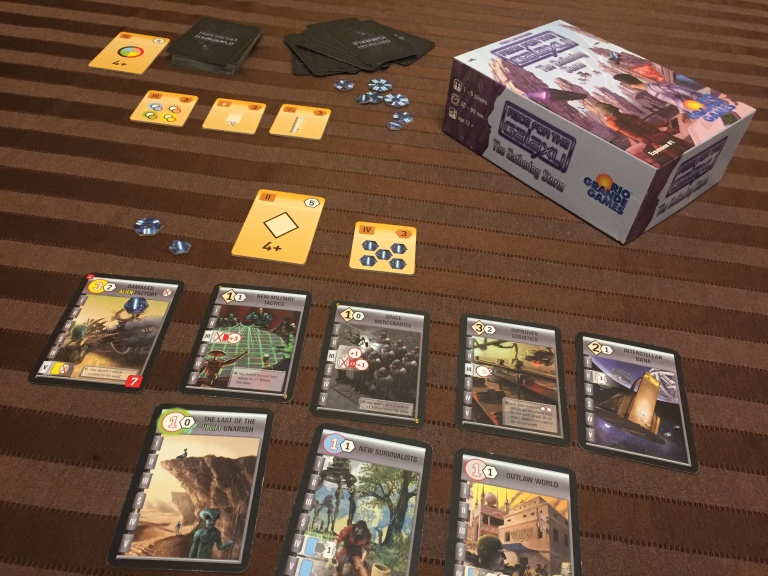 Race for the Galaxy is an awesome game with a lot of specific iconography, which makes it hard for new players to learn, but once you do, its an awesome tableau building game that has a lot of strategies, and almost no downtime due to simultaneous action selection. The base game is strong in itself, but The Gathering Storm adds a lot of layers. You get the highly-acclaimed solo mode, but for us non-solo gamers, you get the goal tiles, which really live up to the “Race” name. When you add the tiles, the first person to complete certain objectives will get bonus points (for example, the first person to get 4 development cards in their tableau). This is a game changer, and really changes the strategies in the game. If you’ve learned the base game, adding this is a no brainer. And if you like solo gaming, then this is certainly the expansion for you! 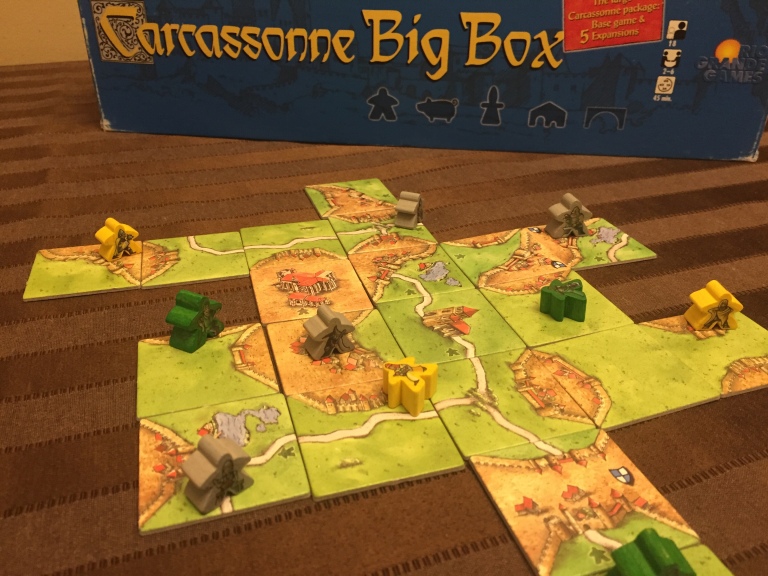 Let’s put it this way: every time we bring out Carcassonne, even with new players, we include Inns & Cathedrals. It adds a 6th player (which if the base game had included it would have made my Top 5 games that play with 6 players (or more!) ). But aside from that, it adds the big bully meeples, which can be real useful when trying to take over or protect something you’re building. But the best part is it’s namesake: the Inns and the Cathedrals. The Inns make your roads double the points, and the Cathedrals make your cities worth 3 points per tile instead of 2, BUT if you don’t finish them by the end of the game, they’re worth nothing. In the regular game, you don’t feel the urgency to finish cause you know you’ll get points at the end (even if its half for the cities). But with the expansion, adding those tiles gives it a nice risk/reward that the base game lacks. Plus, its a lot of fun adding a cathedral to that big city someone is trying to finish before the end of the game and making them sweat, only to have them actually finish it and score mega points… classic!

3) Agricola: All Creatures Big and Small 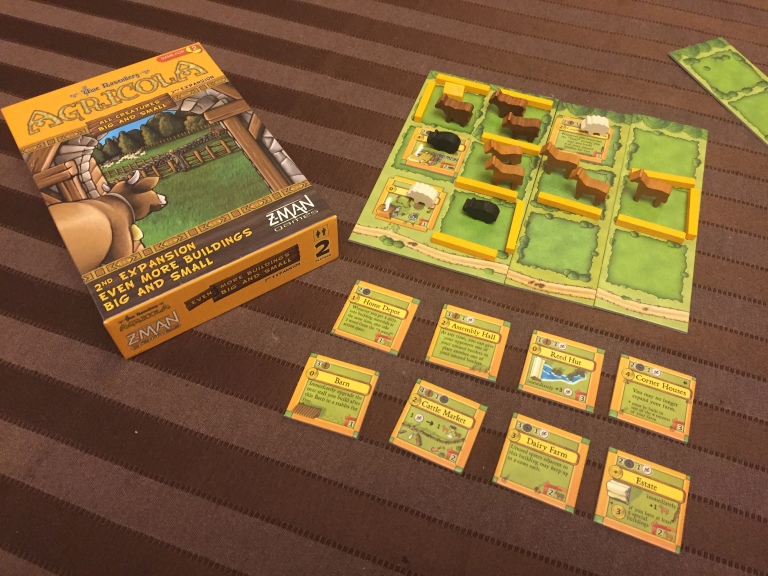 This 2 player version of Agricola is quick and less painful than it’s big brother, just letting you focus on livestock and growing your flock. While the base game works great, it features just 4 buildings, and while those 4 are great, it makes it a pretty static setup every time. Enter the expansions. It really doesn’t matter which one you get, as they both include 27 buildings each, and a farm extension and a stall tile. In an ideal world, you would have both which would make this game feel really complete, with an additional 2 farm extensions. While this game has been out of print for a few years, it is coming back in print as a Big Box edition, which will include both expansions with the base game, showing how integral these expansions are to making this a fuller experience 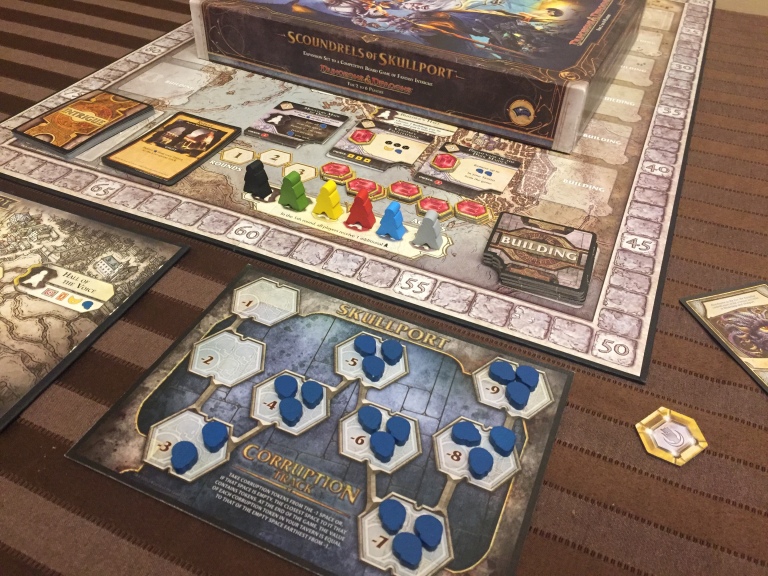 I already reviewed the excellent Lords of Waterdeep, and it’s expansion makes it even better. You can tell the expansion was already in their minds, because the base game has a spot for a 6th player, but the 6th player isn’t included in the base game. Scoundrels of Skullport actually has 2 modules. The Undermountain adds just more of everything, with a new board that provides more adventures and those huge 40 point quests, which require a lot to complete but are so rewarding. But it’s the Skullport module that truly shines: it adds a new board AND the corruption track. The new spaces on the board give you lots of bonuses, but they come with those skulls of corruption attached to them. The more that get taken off the corruption track, the more negative points each skull becomes. It really becomes tempting to take them to get those extra adventurers, but the cost can be too great, and thats the kind of element that really makes this expansion shine.

1) Raiders of the North Sea 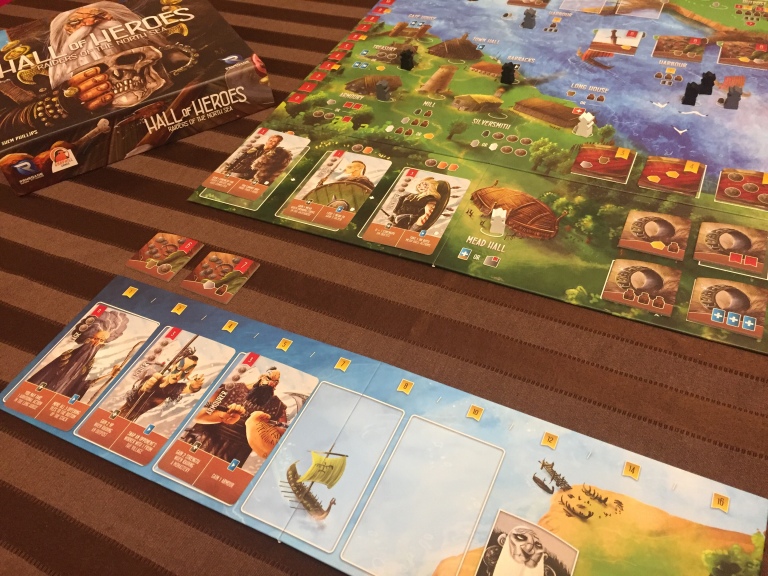 Raiders of the North Sea by itself is almost the same as Lords of Waterdeep: a pretty simple worker placement game with  really unique mechanics, in which you place one worker on the board, and then take a worker off the board. The base game is strong and provides lots of strategies (which is why it was nominated for the 2017 Kennerspiel des Jahres), but the expansions really make it truly shine! Hall of Heroes starts off by adding the Mead Hall action board, new hero cards and a board for each player so they can arrange their cards simply, but what really makes it shine is the quests. When a raid is complete in the base game, the space is left unusable, but the expansion fills it with quests which you can go and collect for extra points and add a whole new dimension to the gameplay. You could easily put the Fields of Fame expansion here, as it is just as strong, adding the enemy Jarls and makes raids a lot more interesting with that extra layer. But while that feels like an expansion, Hall of Heroes feels like a natural extension of the base game and the quests just feel like they should have been there from the beginning. The best part though, is that you can add both expansions and make it a true epic game! But if I only had to choose one, it would be Hall of Heroes, and that is why it’s my number 1 essential expansion. 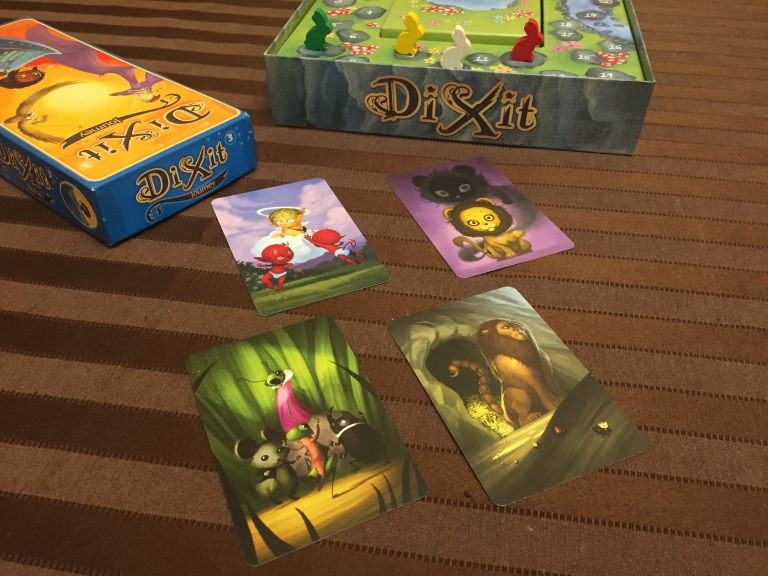 If you’ve ever played Dixit, its kind of like Apples to Apples if it was a more poetic and imaginative game where you don’t want to be too accurate yet too vague, and it has the most delightful art and gorgeous rabbit meeples. But, while the base game has 84 amazing cards, if you play with the same group it can become a little predictable. Luckily, there are 8 different expansion you can choose from! The reason why I’m not putting any specific one is because they all contain 84 cards, but the art style is so different for each one that it really comes to personal taste. My personal favourite is Journey, because I love the whimsical childlike art. While these expansions are not necessarily essential, if you play it a lot they become a wonderful addition, and they deserve a shout out!

So there you have it! If you have an expansion you feel is essential, post it in the comments below!