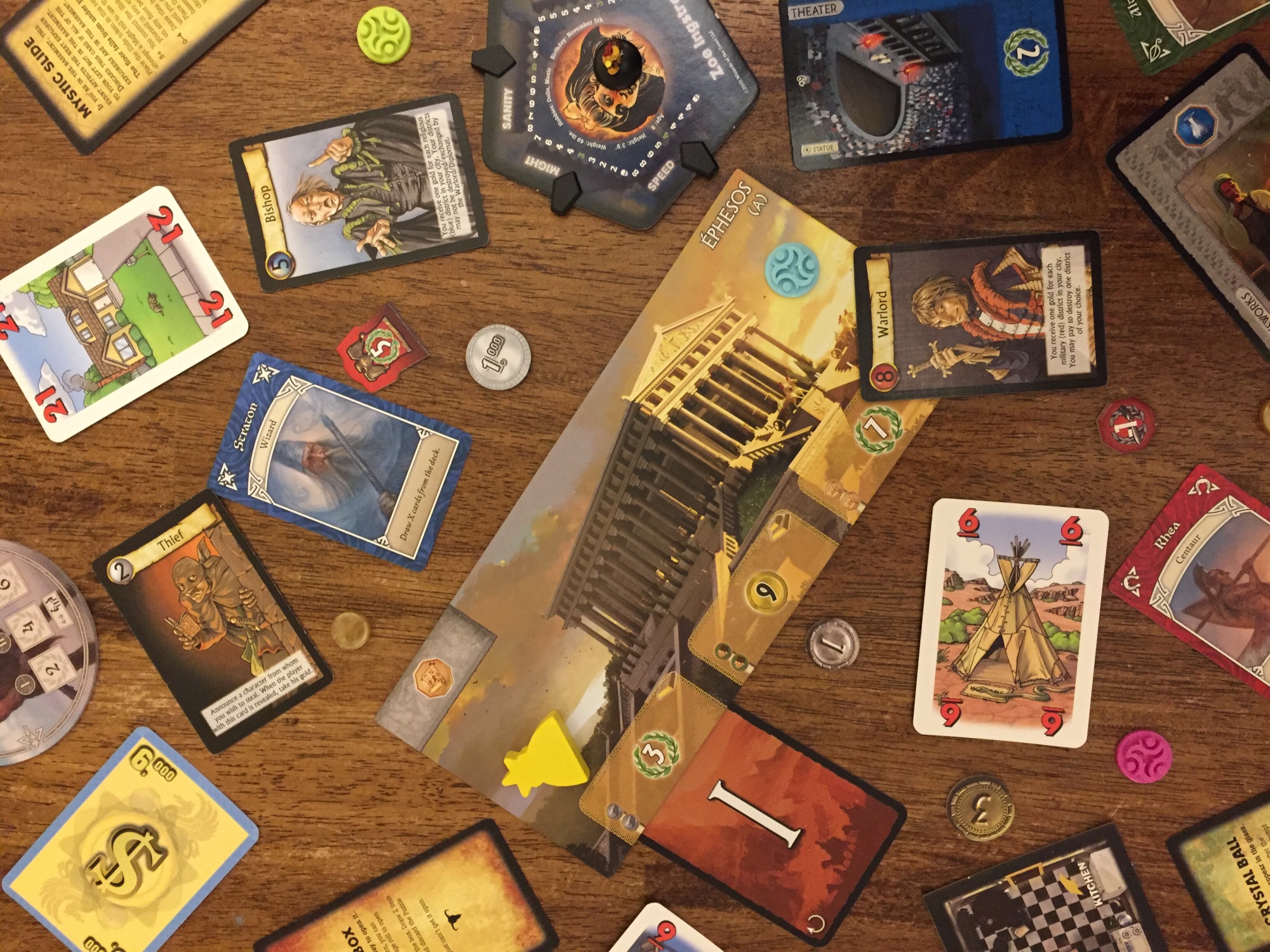 Planning a game night can be tricky sometimes. As we know, so many of todays games play only up to 4 players. So you’ve decided to invite 3 friends over, and someone messages you saying they’re brining a friend… but thats ok, you’ve got some 5 player games, or expansions that play to 5. But then Johnny walks in the door and says “Hey guys, I found Fred wandering down the street and invited him” and you go into panic mode. But have no fear, I’m here to help! I have a list of 5 games here that play to the dreaded 6 player count (or even more!). The criteria is that the game must play 6 out of the box (so no expansions that bring it to 6 players, which leaves out the amazing Lords of Waterdeep expansion… maybe I should do a top 5 expansions… ok gotta focus here!). So sit back, relax, cause game night is gonna be ok.

I’ve already reviewed For Sale, so what else to say besides that its one of the perfect filler games. You play it over 2 phases, bidding the first phase to get the best properties, then selling them the 2nd phase and trying to get the most bang for your buck. It works best at higher player counts, so its perfect when you have more people. If you haven’t played this classic, maybe you should have a 6 player game night and bring this classic out! 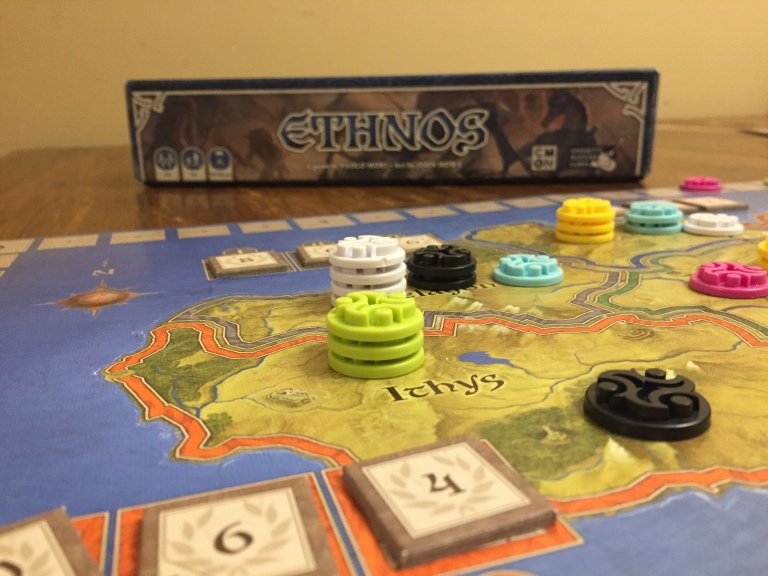 Ethnos may not be much of a looker, but what a awesome game it is. It made number 2 on my Top 5 Area Control Games, and rightfully so. At lower player counts it feels more like a hand management game, but at higher player counts the area control really shines. The amount of races in the game, and the fact you only use 6 of them per game brings the replay ability value through the roof. It’s never a bad night when Ethnos comes to the table. 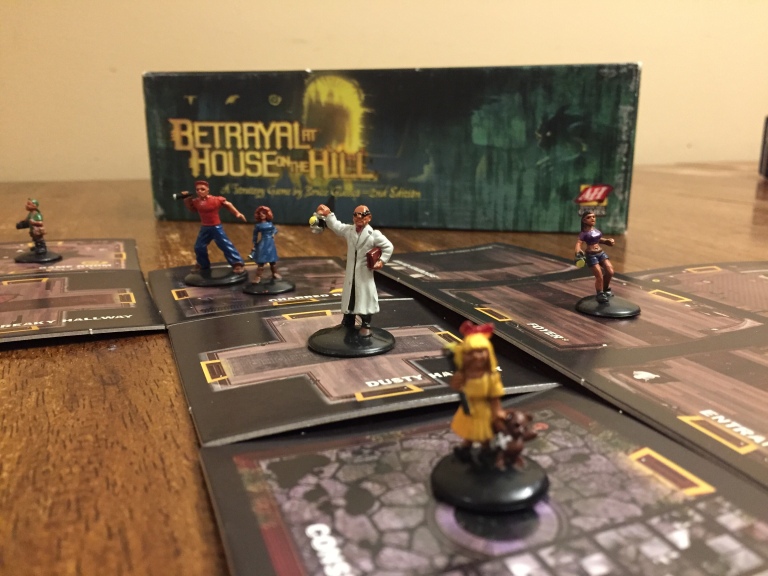 What happens when 6 friends enter a haunted house, start looking around and exploring rooms, and suddenly they find out that one of them lured them there for sinister purposes? That’s Betrayal at House on the Hill, a game that starts off the same (you all arrive at a house, and draw tiles and start discovering rooms, making it a different house every game). At some point, enough triggers will happen that one person will trigger a betrayal, which is when the fun begins! One person then becomes the traitor, and then a story comes out and they begin to play against the other players. Maybe they’re a monster who wants to eat the others, or a scientist who wants to use them as experiments! With 50 scenarios, and best at higher player counts, this game will make amazing memories that will stay with you for years to come! 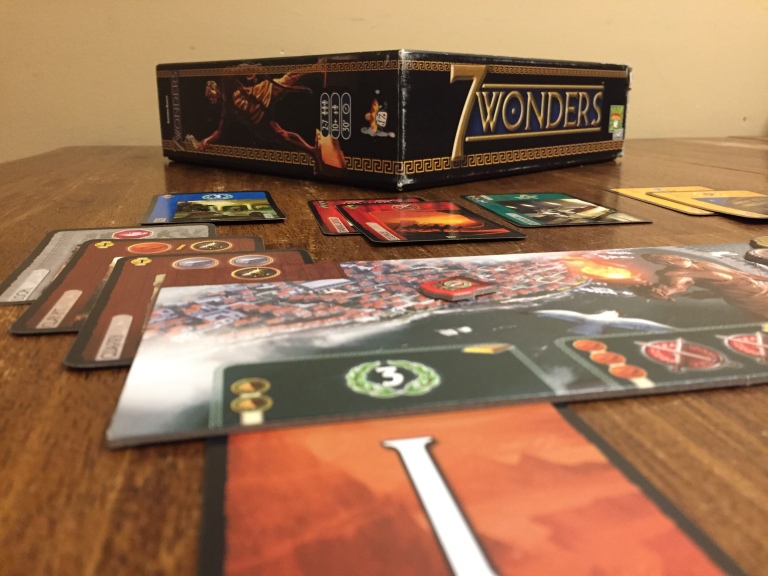 7 Wonders was one of the first games I reviewed, and its one of my go-to games when there are 6 players or more! It’s a card drafting game, where everyone gets a hand of cards, picks one to play and passes their hand to the next player. The best part is that whether you have 3 people or 7 people, the game length is the same due to everyone playing their cards at the same time. A modern classic, 7 Wonders might be a little hard to teach due to its iconography, but it plays so quickly that everyone usually wants to go again after the first game! 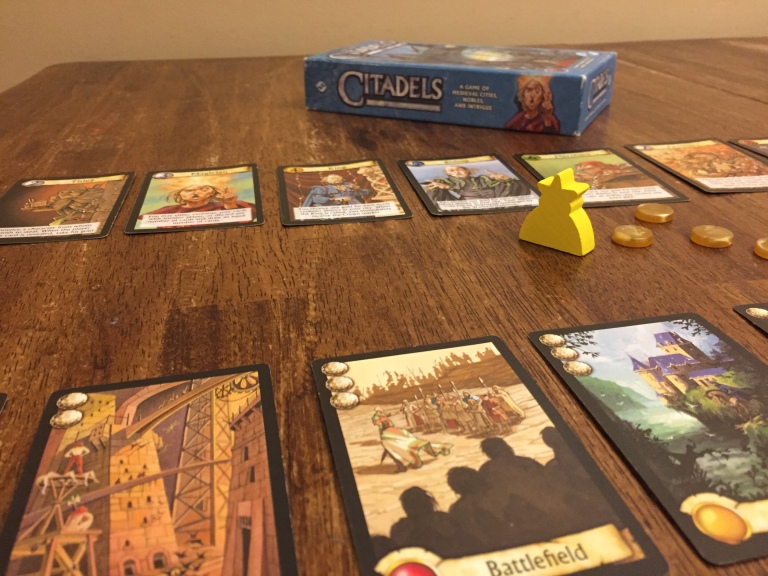 *The original Citadels only played to 7 players, but the expansion has been included with each subsequent release, and it is part of the 2nd edition and no longer considered separate from the base game)

Citadels is truly a modern classic. Making it on my Top 5 Spiel des Jahres Runners-up (that should have won), it combines role selection, bluffing and tableau building in one exciting package. Everyone picks a role from a hand of cards, with the first player having the best selection, but the last player knowing whats out there, and then everyone reveals their roles in numerical order, and takes district cards or plays them from their hands to score points at the end of the game. Playing some cards gives you bonuses, lets you trade hands, steal, or even assassinate (if you’re lucky!). Citadels is always an amazing time, and perfectly combines social and strategic gameplay.

There you have it! What are your favourite games that play 6 players, or even more? Sound off below in the comments and let me know!